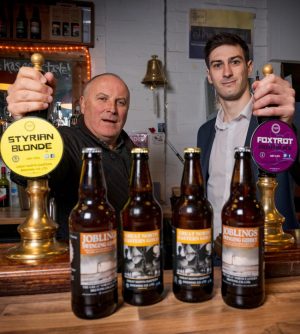 Established in September 2015, the company  sold directly to wholesalers or to the public through an on-site shop and locally-loved live music venue; The Brewery Tap.

In January 2019, the business decided to pursue new markets and secured £35,000 through British Business Bank Enterprise Finance Guarantee partner Business Enterprise Fund (BEF). With the new finance in place, the company was able to expand into new markets by introducing a kegging system that enabled it to sell an impressive number of kegs to trade.

Paul Minnikin, Managing Director and founder of Great North Eastern Brewing Company said: “The support from BEF has also allowed us to implement a bottling line so our cash flow has improved significantly as we previously outsourced this. We’ve gone from selling to wholesalers in the North East to working with pubs, shops and even garden centres across the country!”