Smaller businesses and the transition to net zero

This research report highlights the crucial role smaller businesses can play in driving the changes required in the UK’s transition to a net zero economy.

Using analysis from a new nationally representative survey of 1,200 smaller businesses and other Bank research activities during summer 2021, the report provides a snapshot of progress made by smaller businesses so far in their transition to net zero, while also looking ahead at how far is left to go. It examines the actions smaller businesses have taken already to reduce their greenhouse gas emissions, as well as ones planned and considered. In addition, it explores the barriers to and enablers of further action, and smaller businesses’ approaches to financing actions so far and in the future. 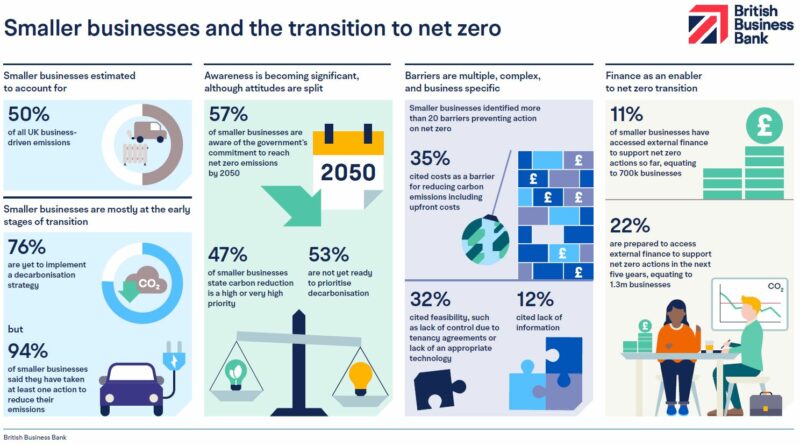 We designed a ‘transition journey’ framework to assess the awareness and engagement, knowledge and capabilities, and physical actions undertaken by the smaller businesses. The results indicate that many have started the journey, but most remain at an early stage.

On awareness and engagement, nearly 60% of firms report reasonable awareness of key net zero concepts, but around half (53%) are not yet ready to prioritise decarbonisation.

On actions to improve knowledge and capability, there is limited progress. For example, more than half (56%) of smaller businesses say they have taken no actions to change this.

On physical actions to reduce emissions, the vast majority (94%) say they have taken at least one action, though they tend to be simpler, such as installing a smart meter, rather than more complex, such as introducing very-low-emissions vehicles.

Attitudes vary amongst smaller businesses with some more proactive than others

Our report identifies four types, or ‘personas’, of smaller businesses. By considering these distinctive proactive and reactive attitudes to net zero alongside other characteristics, the personas can help the development of targeted policy interventions.

‘Carbon nimble’ (38% of the smaller business population) and ‘carbon complacent’ (34%) firms are more likely to be in the services sector, to be smaller in size and to have lower emissions, but the carbon nimble firms typically show high transition maturity and a proactive attitude to emissions reduction, while carbon complacent firms are more likely to have a low transition maturity and to not treat emissions as a priority.

‘Carbon correcting’ (9% of the smaller business population) and ‘carbon exposed’ (18%) firms are more likely to operate in primary, industry, transport or commerce sectors, to have higher emissions and be larger in size (within the smaller business spectrum), but carbon correcting firms show a higher transition maturity and a more proactive attitude than carbon exposed firms.

The barriers preventing action on net zero are multiple, complex and specific to the business, with over twenty types of barriers identified in our survey.

Costs were the most significant barrier referenced by respondents (35%), with upfront costs being the most cited component of this at 21%. Feasibility (32%) was almost as frequently mentioned by respondents, with lack of control over actions (eg limitations due to tenancy arrangements or supply chain partners) emerging as a key driver of feasibility concerns.

For actions already taken, the most common driver by far was that it ‘made financial sense’, while ‘keeping up with regulation’ was the least cited.

Overall, smaller businesses identified information, tax, external finance (including grants) and clearer standards and regulations as helpful policy levers to encourage more action by at least half of the respondents.

Notably, 11% of UK smaller businesses have already accessed external finance to support net zero actions. Twenty-two per cent say they are prepared to do so in the next five years, which, in context, is roughly half the share of firms that say they would be happy to borrow in order to grow (37%)[1]. This suggests that more are ready to act if they can find the right product and action to take. 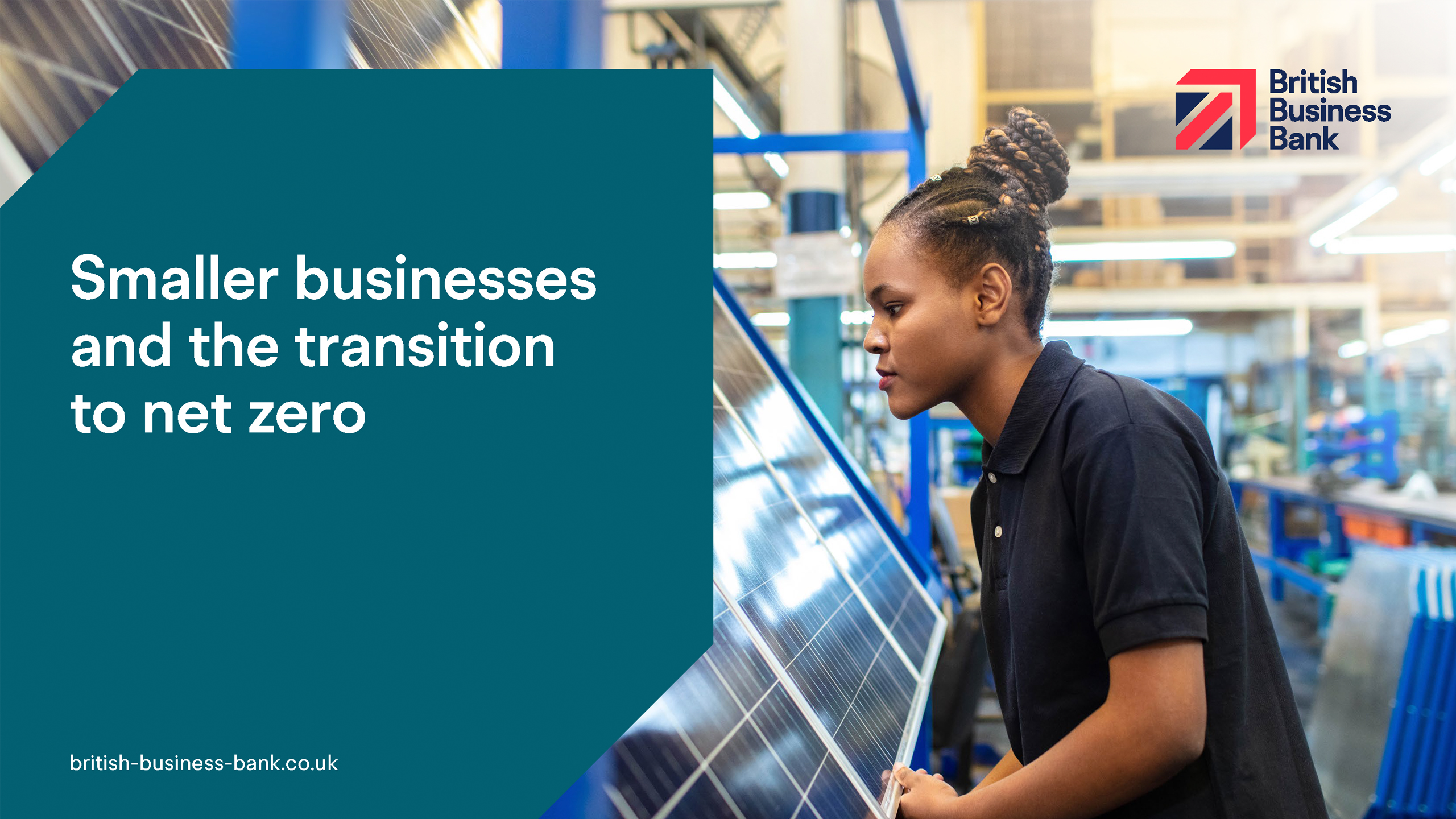 Download the Smaller businesses and the transition to net zero report