Alone together: Entrepreneurship and diversity in the UK

Our report on entrepreneurship and diversity in the UK examines the profound effects ethnic and economic background, gender and place have on entrepreneurial opportunities and outcomes. Undertaken by the British Business Bank and Oliver Wyman, the research shines an important light on the challenges facing entrepreneurs from all walks of life and acts as a clear evidence base for the British Business Bank and for others. We will therefore be submitting this report, alongside other evidence, to the more broadly-based Commission on Race and Ethnic Disparities later this year. 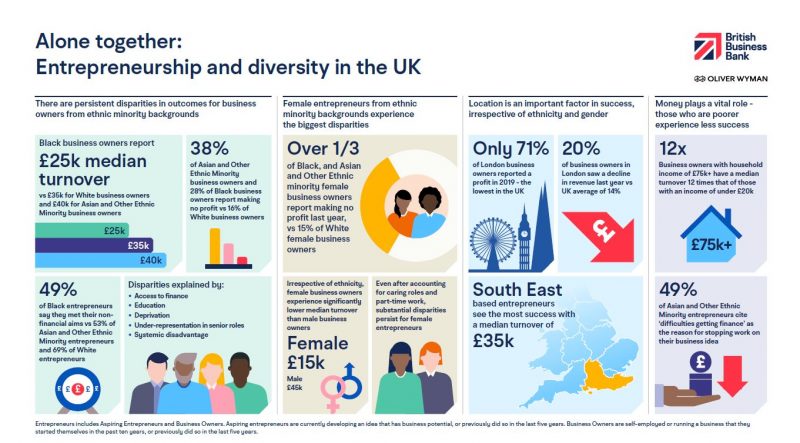 The British Business Bank has a number of actions underway with which we intend to make progress for entrepreneurs facing disadvantage:

As an institution, we are conscious of the benefits brought by having a greater understanding of these challenges and their drivers. We welcome approaches by those who wish to collaborate on these important issues. 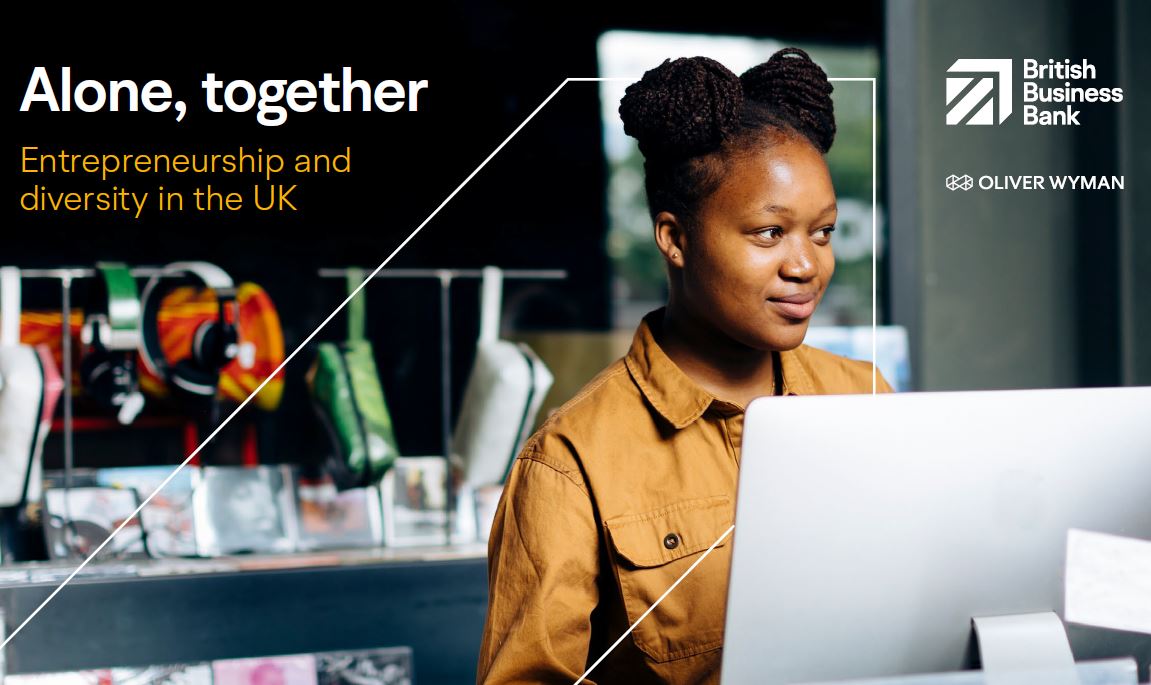 Download the Alone together: Entrepreneurship and diversity in the UK report here

Download the Alone together: Entrepreneurship and diversity in the UK infographic here