The 2022 Investing in Women Code report gives us some promising signs that there is real impact in the targeted data collection, transparency, and active interventions to drive female entrepreneurship that are undertaken by Code signatories.

There are now 160 signatories to the Code, up from 93 in March 2021. The list of signatories can be found in the report. The Code is led by the Department for Business, Energy and Industrial Strategy, and delivered with partner organisations: British Business Bank, British Private Equity & Venture Capital Association, UK Business Angels Association, and UK Finance.

This year’s report gives a clear picture of the funding journey for women, and the very different markets for debt and equity finance. Across both lending and equity finance, far fewer female-led businesses and all-female founder teams sought funding than their male counterparts did.

While just over half of customer applications for a standard loan or overdraft came from male-led businesses, only 13% came from women.

On the angel side, all-male founder teams accounted for 43% of pitchdecks received, compared to 17% from all-female teams.

And the disparity is even more dramatic for venture and growth capital – 64% of pitchdecks for VC funding came from all-male teams, with just 12% coming from all-female teams.

The results from angel investors show encouraging signs, with 41% of pitchdecks from all-female teams taken forward for further consideration, compared to 29% for all-male teams.

Meanwhile, the amount of funding requested by all-female teams averaged nearly £800,000, with their male counterparts averaging not much more than that.

On the VC and growth capital side, we see more encouraging data. Investment in all-female founder teams by Code signatories is at 9%, up from 6% in 2020 and compared to a benchmark of 7% in 2021 for the market as a whole.

However, in contrast to those seeking Angel investment, all-female teams seeking venture and growth capital accounted for 12% of pitchdecks, but just 9% of teams receiving funding. This is a change from last year, and could reflect yearly volatility.

While these results highlight some genuinely positive movement in financing female entrepreneurship, led by Code signatories, they do nonetheless highlight the continuing low proportions of funding both requested and received by women-led businesses and female founders.

The Investing in Women Code Annual Report 2022 is the second annual report of the Code. The first report can be found on gov.uk here. 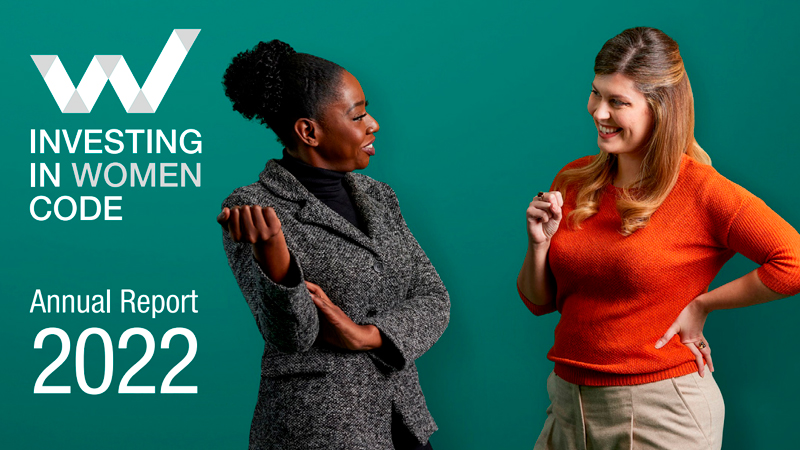