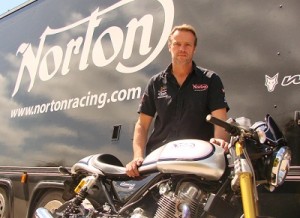 Norton has revolutionised its working capital and removed the need for debt, from the first bolt being cut by a supplier in Derbyshire to the bike being ridden off the forecourt in California.

Norton is a renowned British manufacturer of motorcycles that has been trading since 1898. Its order book, like Ferrari’s, is 3 times oversubscribed.

And it still sources 80% of its parts in Britain – CEO Stuart Garner believes in keeping British motorcycles British.

However, the industry’s cost of work-in-progress is very high and it was a challenge finding enough British suppliers willing to take on the risk of making valuable bespoke parts without full upfront payment.

Then Norton joined URICA to gain some credit in the supply chain and give all its suppliers total security and reliability about when they get paid. URICA now pays Norton’s suppliers as soon as invoices are agreed, while Norton gets 60 days free credit on every invoice.

After the success of this first step, Norton started connecting its dealer network in the US to the URICA platform too. This means Norton gets paid immediately while being able to offer its foreign dealers credit terms – resulting in a huge boost to orders. As a result, it’s just shipped three containers to California.

Stuart Garner, Norton CEO said:
“Connecting both my suppliers and customers to the platform means my small suppliers here in Britain get immediate payment, while we can offer the credit terms the market demands.

“The simplicity and ease of use of the URICA platform is in a different league to the banks. The straightjackets that banks give you are so onerous that it’s not only the cost of finance you have to consider, it’s the cost in time of complying with the T&Cs of the banks.”

Find out more about Norton Motorcycles