From lab bench to Enterprise Zone

It started as a PhD project at Cambridge University. It then became an interesting business idea which needed a plan. The plan won a competition and the funds to build a prototype. The prototype persuaded investors to support the building of a full commercial scale plant operating 16 hours a day.

The journey to scale up an enterprise from a microwave oven on a laboratory bench to a working plant at Alconbury Enterprise Zone has taken ten years. Just to get it to this point has been a massive achievement. Over this time, Enval has attracted the backing of some 30 of the UK’s most respected angel investors, a university, the British Business Bank’s Angel CoFund, several multinational corporations as well as a clutch of crowdfunders.

And now, its world-first recycling technology is ready to enter the market. From fretting about how to make his creation work, founder Carlos Ludlow-Palafox and his backers can start to focus on to how to build Enval as a business that could transform an entire industry. 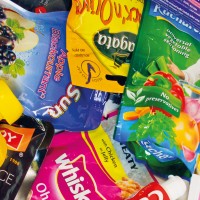 Mexican chemical engineer Carlos Ludlow-Palafox didn’t come to Cambridge University to start a business in the UK; his original intention had been to return to his native country to set up a technical consultancy.

But when, as a result of his PhD studies, he began to look at how to recover the waste from laminated packaging, his interest was piqued. Laminated packaging consists of layers of aluminium and plastic and/or paper. The most common examples are the materials used for the production of toothpaste and cosmetics tubes, fresh coffee bags, juice pouches and the inner layers of drink cartons (such as Tetra Pak). And it was a problem for which there was no recycling solution.

Angels from the start

Mentors from Cambridge Enterprise, the technology transfer office of Cambridge University, helped Ludlow-Palafox construct a business plan. The plan won a university competition in 2005 and with it a loan to build a prototype and the opportunity to pitch to a group of business angels. They were persuaded.

The early investors included leading lights of the Cambridge angel scene including, crucially, Martin Lamb – an industrialist with an invaluable background in high temperature materials and processing. From the time of his initial investment Lamb has been the lead angel, acting as the non-executive chairman, as a conduit between Ludlow-Palafox and the growing number of investors, and as a mentor to the entrepreneur.

The next five years were used to design and build a pilot plant that could demonstrate how the technology worked. A further round of angel finance enabled Ludlow-Palafox to test and optimise, add to his team, and move the (occasionally smelly) operation to a light industry setting in Luton. 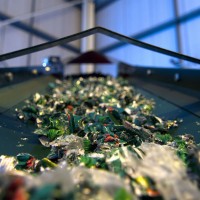 Now, here’s the technical bit. Enval shreds the laminated packaging and then subjects it to pyrolysis – extreme heat without oxygen – in a furnace that is heated by microwaves. Pyrolysis itself is nothing new; what Enval has done is create a specific process to deal with these particular materials.

The pyrolytic oven separates the aluminium from the plastic. The recovered aluminium is then sold back to aluminium smelters. Much of the plastic is converted into an oil that can be sold for applications in industrial heating. The remainder of the plastic, from which Enval obtains a gas, is used to run an electricity generator that generates electricity for the plant. “From an energy perspective it is a self-sustaining process,” says Ludlow-Palafox.

The waste handling industry – the operators who collect, transport and separate materials – were identified as the principal customer group. But they were lukewarm; they wanted to see thtechnology operate at the right scale.

Yet Ludlow-Palafox knew he was on the right path. By 2011, the use of lightweight pouch and sachet packaging – as well as drink cartons – was accelerating. It was efficient, convenient and popular with consumers. And here was his small company in Luton whose technology could make this type of packaging recyclable.

There was a clear dilemma: the companies who wanted to see Enval’s technology being used – the brand owners – were not the same companies as those who would actually buy it – the waste handlers. And they were not interested in buying Enval’s technology until they could see a full-size plant in operation. Building such a facility would take substantial fresh funds.

In order to finance the building of the plant, Ludlow-Palafox created the Enval Consortium, in which Kraft, Nestle and Mondelez paid 50 per cent of the cost as a donation to the company. The other 50 per cent came from a fresh angel-led round of £1.2m, which this time was supported by the British Business Bank’s Angel CoFund programme.

The Angel CoFund is a £100m fund designed to increase the impact of angel investing in the UK. It makes equity investments of between £100,000 and £1m alongside strong syndicates of business angels to support businesses with strong growth potential. Every £1 invested by the Angel CoFund has leveraged around £4 from business angel syndicates.

“The Angel CoFund provides significant leverage,” says Enval’s chairman and investor Martin Lamb. “It is hard work raising a round of angel finance, so the CoFund’s capacity to add money on top is attractive.” There have been subsequent follow-on rounds of angel investment in which the Angel CoFund has participated.

“My experience of working with the Angel CoFund has been positive,” says Lamb. As the lead angel, he is the person who must present the investment case to the Angel CoFund. “It has highly competent people sitting on its investment committee. Its process is transparent and rigorous. And it is a patient investor.”

The benefits of angel finance

Angel finance has served Enval well. “My preference has been to secure many angels rather than a single VC fund,” says Ludlow-Palafox. “We have done everything in bits and tranches. We would not have been able to do this with a VC fund.”

“Angels have added value many times,” says Ludlow-Palafox. “There have been so many occasions when Martin’s – and other investors’ – connections have been invaluable. I have received years of knowledge and free advice on everything from property and planning to leasing and finance from our angels.” He is enthusiastic about the workshops and events that angel groups such as Cambridge Angels and Cambridge Capital Group arrange for portfolio companies such as Enval.

It has been a long process but now the business is beginning to take off. “There has been historically a low level of innovation in the waste sector,” notes Martin Lamb, “but it does feel as though this is changing.”

“Soon we will be selling our technology and generating cashflow from customers,” says Ludlow-Palafox. In the UK, there are some 80 material recovery facilities (MRFs) that could take one of Enval’s machines, each one of which costs about £1.5m. The income from selling the recycled aluminium and the oil created by the process means that an Enval machine could pay for itself in under four years. The export potential is enormous – the UK only accounts for about ten per cent of the European market.

“Your first products are always the hardest ones to sell and that’s the challenge that faces us now,” observes Martin Lamb. “But if we sell two or three – we will really be in business.”

Find out more about Enval