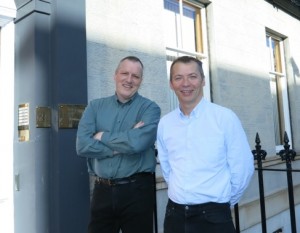 You have self-funded your business to the cusp of huge growth. You have proved the concept and are making early sales. But unless you press the accelerator, your market will move faster than you. How are you going to finance your next big move?

Based in Edinburgh and founded by seasoned technology entrepreneurs Richie McBride and Robin Iddon, Edesix is at the forefront of the design and manufacture of wearable, or body worn, cameras. Its Video Badge system – which is the size of a credit card – is a personal CCTV for frontline workers.

Edesix launched its first Video Badge in 2010 and it immediately attracted interest from police forces, paramedics, parking enforcement teams and bailiffs. It’s not hard to see why. 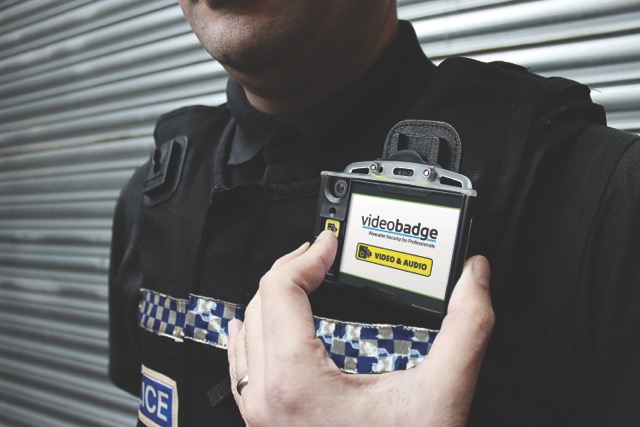 For any individual who can be the object of aggressive behaviour from the people who they are dealing with, it provides a new dimension of personal security. If you know that you are being recorded, you modify your behaviour. Not only does it protect frontline staff, the technology provides a trail of evidence which in turn makes work more efficient. Instead of just relying on the words of individuals who disagree over particular circumstances, body-worn cameras provide pictures of what actually happened.

When Grampian Police – who were early adopters of Edesix’s technology – measured the effectiveness of body-worn cameras, they found that 91 per cent of cases reported early guilty pleas compared to the national average of 40 per cent. This has a cascade effect; more early guilty pleas led to less paperwork, and fewer officers being required to attend court hearings.

Money to make the big move

Edesix had been self-funded from its inception. It was profitable. its early progress had been helped by an innovation support grant from Scottish Enterprise and by R&D tax credits, but in order to seize the opportunities, the founders knew that Edesix needed to move faster.

The potential market and the technology are both developing quickly, notably in the USA where attention on wearable cameras intensified after President Obama proposed spending $75m (£48m) to buy 50,000 of the devices in the wake of the shooting of unarmed teenager Michael Brown in Ferguson, Missouri.

“We were seeing deals that we were missing out on,” says managing director Richie McBride. “We did not want just to grow organically; we had to press the accelerator.”

That meant investing in more R&D as well as building a bigger sales and marketing team. It needed to invest heavily for growth but it did not have many assets – so debt finance was not particularly well-suited. “We did look at debt funding because we were a bankable proposition,” says McBride, “but the banks were not into this type of risk and we were not prepared to put our houses on the line.” 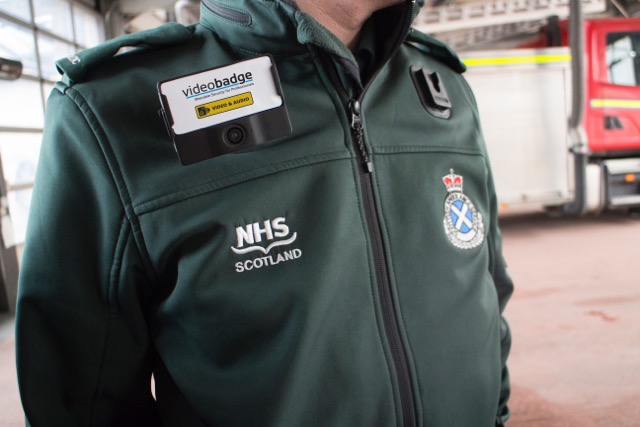 Edesix did look seriously at angel funding and made plenty of pitches. There was a lot of interest. But McBride and Iddon felt that this route involved working with syndicates rather than a single investor. “We felt that there were potentially too many masters to please. We wanted to find one single investor with a full range of resources under their roof.”

That led them to look at venture capital firms. An introduction to Panoramic Growth Equity came via the Business Growth Fund. In less than six months, they had struck a deal: in March 2014, Panoramic invested £750,000 into Edesix, with partner David Wilson taking a seat on the board.

“Panoramic came highly recommended from several sources, including other investors and companies that they have backed,” says McBride. “We met and liked the team – that’s important. They have a hands-on style and a collaborative approach: this is important as we were looking for a professional investor to contribute value over and above funding the cheque.”

From Panoramic’s perspective, here was a management team with a track record in growing and building a business – and whose latest venture was already making profitable revenues.

The money came from Panoramic’s Growth Equity ECF fund, which is supported by the British Business Bank’s Enterprise Capital Funds programme. Panoramic’s fund is focused on providing growth capital to companies that are already achieving annual sales of more than £1m. Panoramic takes a generalist approach to investment; it backs traditional businesses (such as sausage maker Heck) as well as new technologies.

“We focus on the stage of the business rather than its sector,” explains Panoramic partner David Wilson. “We back companies that have bootstrapped themselves and proved the viability of their business but who now want to push the pedal. They all face the same challenges: they could grow organically but that may be too slow – they want to capitalise on the opportunities.”

The funds are being directed into beefing up the sales and marketing functions; Edesix has since hired a professional marketer, several sales executives and a channel manager. The injection of capital is also helping to develop the functionality of its products in tandem with the roll out of 4G mobile networks.

It is not just the money that has come into Edesix as a result of the deal. Panoramic used their network of contacts to introduce Gordon Thomson, who is also director of Cisco Scotland & Ireland, to Edesix and to become its chairman.

McBride values these additional perspectives. “It’s always good to have an external view – we now have extra brains who aren’t wrapped up in the business but know how to shift the company forwards.”

“We are very active in helping businesses grow up,” says Wilson. “We help them move from being informal and founder-led to having a board that governs well and has a clear strategy and defined processes.”

Another key area in which Panoramic will be helping Edesix is in its internationalisation strategy. Significant growth will come from expanding into new geographic markets. The USA is a huge and fragmented market – there are more than 30,000 separate police organisations – and represents the biggest single opportunity.

There is considerable scope for growth among existing customers in the UK market. As the Video Badge becomes accepted as a standard part of the personal protective equipment for staff such as community service officers and parking wardens, larger roll-outs of the product are anticipated. Edesix has signed two framework agreements with the Ministry of Justice and with the police.

Huge growth may well come from markets that have yet to take shape. As the technology evolves, the devices will continue to get smaller and more powerful, opening up many new uses. McBride says there is demand to record incidents in short and unobtrusive bursts; for example, for transport staff dealing with drunk passengers. “If airlines or rail operators could equip all of their frontline staff with them, the market would explode.”

Ultimately, he muses, this could become a consumer product. “Imagine a button about the size of a two-pence piece on the lapel of your jacket, capable of live streaming in high definition. This is wearable security. There’s an infinite number of uses for this technology.”

Find out more about Edesix